Marnas Garden
JavaScript is disabled for your browser. Some features of this site may not work without it. 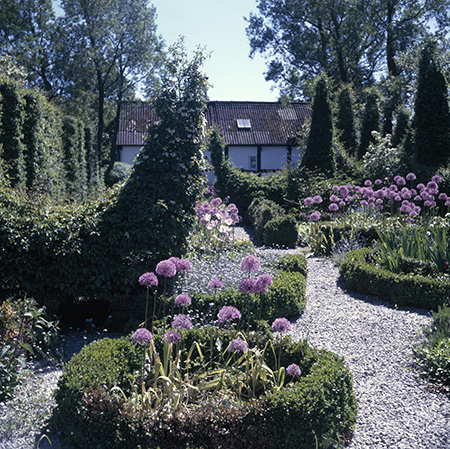 Marnas, the garden laboratory of the designer/theorist, Sven-Ingvar Andersson, is a landmark of design and a masterful expression of the interplay between theory and practice. In the early 1960s, Andersson inherited the property, which is down the road from his childhood home in Skaane, in rural southwest Sweden. During his childhood, it had consisted of a small orchard and meadow and a tiny half-timbered house, the home of an old woman named Marna.

Sven Ingvar Andersson (1927-2007) is among Scandinavia’s most important landscape architects. From 1963 to 1994, he was professor of landscape architecture at the Royal Danish Academy of Fine Arts in Copenhagen. His writing include essays son landscape and urban design and on the history of gardens and their restoration and preservation. He maintained an active professional practice, and among his best known works are: Amsterdam’s Museumplein, Vienna’s Karlplatz, Brunnspark in Ronneby, Sweden and the Tycho Brahe garden on Ven.