Ernest M. A. Machado Collection
JavaScript is disabled for your browser. Some features of this site may not work without it. 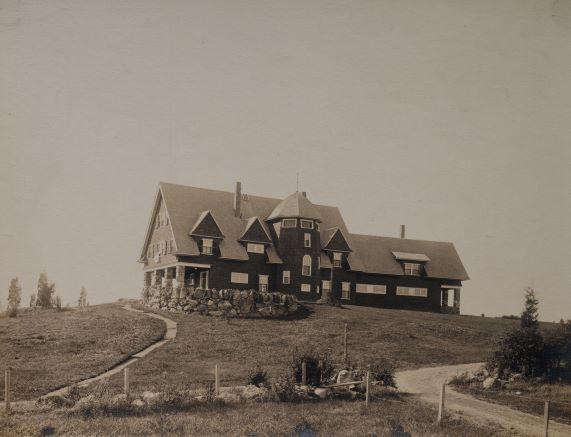 Ernest M. A. Machado was born in Manchester, Massachusetts in 1868. His father was a descendant of one of the oldest families of Cuba, and his mother was similarly identified with prominent Massachusetts families such as the Bradfords and the Websters.

Machado was educated at Salem High School and the Massachusetts Institute of Technology, graduating from the architectural department in 1890. While at the Institute, he received several prizes for architectural drawing and design, as well as for artistic skill in photography.

Soon after graduation, Machado began active work as an architect in Boston, gaining experience in several offices, until finally entering the office of Shepley, Rutan & Coolidge, the successors of the great architect H. H. Richardson. There his talents began to be recognized and many important pieces of work were entrusted to him. Later, he left this firm to take a position with Boston firm of Winslow & Wetherell.

In the late 1890's Machado opened his own architectural firm, with offices in Salem and Boston. During this period, Machado designed a large number of city and country houses ranging in size from modest dwellings to a large country estates, as well as a large number of other types of buildings.

Machado also opened an office in Ottawa, Canada in partnership with A. L. Weeks of St. John, New Brunswick.

The photographs in the collection include architectural works designed by Machado, as well as photographs from several world's fairs he visited, including the World's Columbian Exhibition (Chicago, 1893), the Pan-American Exposition (Buffalo, 1901), and the Louisiana Purchase Exposition (St. Louis, 1904). The photographs in the collection were taken by Machado himself. They were donated to MIT Libraries as a gift by Elizabeth Osborne on behalf of the family.